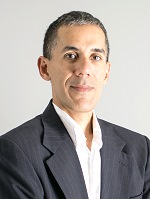 Frank Iglesias is an active wholesaler, rehabber and landlord in the Atlanta metro area who enjoys creating win-win real estate transactions. Leveraging a mostly virtual staff, Frank has taken working with virtual assistants (VAs) to a high level where they do the majority of the work necessary to run his real estate investing business. As a result, Frank is able to do less while accomplishing more so he has the freedom to spend more time with friends and family and teach others to do the same. Frank is also the leader of the Atlanta Wholesalers Group.

Wholesaling Land - A Profitable Game to Explore
By Frank Iglesias on October 1, 2017

Land is a beautiful thing, regarded by many as something of value in many places.  Similar to home ownership, land ownership is viewed oftentimes as a significant asset that increases in value over time, in particular in areas that are more developed or developing.

It should come as no surprise then that wholesaling land can be just as effective as flipping a house.  But there is more to land than just dirt.  There are three primary categories to consider: