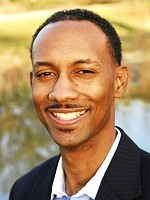 Aislee Jackson was one of six children born and raised in Savannah, Georgia. He graduated from HV Jenkins High School and attended Georgia Tech. Aislee joined the Georgia Air National Guard in 1995 where he served as an Computer and Telephone Maintenance technician until 2001. Aislee continued his formal education majoring in Business and is scheduled to graduate in fall of 2012 with a BS in Business with a concentration in Small business & Entrepreneurship from the University of Phoenix.

Aislee got started as an entrepreneur marketing and hosting college parties in 1999. This led Aislee to pursue other business ventures in the Network Marketing Industry and Real Estate. Later in 2001, Aislee started investing in real estate with his parents. In 2003 he formed VIP Real Estate Solutions where he learned how to apply multiple creative Investing Strategies. He also co-owned Colbert Ball Tax Service and later sold it in 2004. Aislee moved his family to Atlanta in 2006 to pursue another business venture until 2008 when he moved back to Savannah.

In early 2009 Aislee started exploring online marketing and using the internet to grow his business ventures in real estate and the home business arena. He founded Moguls In Real Estate Training series in mid 2009 along with other Internet ventures. In January 2010, Aislee started working with the City of Savannah as a Deputy City Marshal and Housing and Property inspector. Aislee has been Married to Sa’Ronna Jackson for 10 years and they have 4 children Sa’Vanna, Dallas, Houston, & Milan.