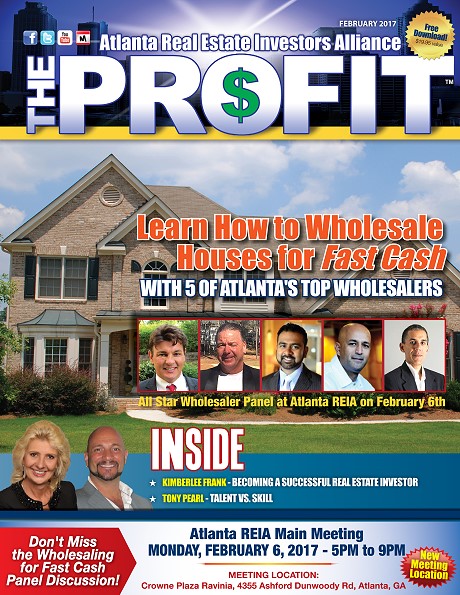 I have heard it 100 times over… That wholesaler, fill in the name, totally ripped me off.  False rehab costs, false appraisals, false inspection reports, false ARV…and on and on. Last month we talked about experienced wholesalers.  This month, let’s flip it over to the new Buyers.  They are new, excited and hungry.  And they are prime targets to get taken advantage of by some wholesalers.  Unfortunate as it is, there are wholesalers that are less than credible.  I have seen quite a bit of less than ideal advertisements.  Some examples:  Speculative comps Comps that have nothing to do with... Read More >>

So Where Do I Find The Mailing Lists For My Direct Mail Campaigns?
By Kathy Kennebrook

One of the Questions I am frequently asked by students wanting to implement a direct mail campaign is where to get the lists of sellers to mail to. While there are several resources available, I find they vary greatly in price and in quality of the lists. It is important for you to find a good, reliable source for your lists. When doing direct mail campaigns, their success is going to be based 70% on the list and 30% on the direct mail piece you are using to contact these motivated sellers. There are a couple of resources for lists... Read More >>

The Key to Your Profit
By Mark Jackson

People from all over the world have a common trait. No matter what the product, the word SALE always draws our attention. When it comes to real estate, that same line of thinking stands.  The phrase "you make money when you buy, you realize that money when you sell" continues to ring true. The challenge is being able to spot that awesome deal amongst many poor or inadequate deals.  I cannot stress enough proper real estate investing education should be your goal. Using REIA comps to analyze every new deal you do is the avenue that will help you make... Read More >>

After beefing up its film incentive program in 2008, Georgia has emerged among the top places in the world for film production.  In less than a decade, Georgia has quickly become the “Hollywood of the South” with more movies and TV shows filming in the Peach state than most places around the world. A recent study has put Georgia as the third largest film industry in the world only behind the United Kingdom. However, with the recent BREXIT issues, Georgia’s film industry is expected to exponentially grow and possibly become the number #1 filmmaking location in the world. For those... Read More >>

Beginner’s Rules for Raising Capital in 2017
By Russ Hiner

This year will be different.  Has it happened?  Has the flame gone out? Is the passion gone away? Have you followed through?  One way that I keep the passion alive, is to have access to more money than I can use to produce great investments. Raising capital is not very hard. Getting over the psychological parts of making “the ask” seems to be the difficult part for most people. I have been approached over the past year by a number of people who want me to fund their projects. I can get excited about this because I can see they... Read More >>

“If time be of all things the most precious, wasting time must be the greatest prodigality.” ~ Benjamin Franklin I didn’t think Timyo was going to be a game changer for me. I already felt like I had great management tools using Gmail in the first place. A friend recommended that I check out this new app so I tinkered with it for a while. It is an email inbox management system that works best with Gmail, Office 365, Outlook.com and Hotmail. I have tried other inbox zero apps but I’ve felt like it’s a waste of time for me... Read More >>

Having met with numerous new investors and/or wholesalers, I am always asked, “How do I get more properties? Where can I find more deals? What kind of marketing do you do to get leads?” The questions continue with the same idea in mind. I understand that you are eager to start and begin marketing in order to get your first deal done, but are you truly ready? In most cases I would say, NO. Marketing is not cheap and you may be throwing away money if you do not have a good foundation in sales, or better yet problem solving.... Read More >>

I am writing this article because I mentor so many people who desire to become successful in real estate; however, their life gets in the way of educating themselves.  Making offers on the Multiple Listing Service (MLS) is a great way to find Sellers, yet, when you submit an offer to the Seller, the Realtor really doesn’t know the answers to the following questions.  Is there a mortgage on the property?  Are the Sellers in foreclosure (unless it is a short sale)?  Is it a probate matter and how many heirs are in the estate?  What permits have been pulled... Read More >>

Are Your Property Taxes Too High?
By Bill Cook

Are your property taxes too high?  If they are, in the past three years, how often have you attended your county commissioners’ meetings to voice your outrage?  My mother taught me early on that silence is a form of acceptance.  Most times at these county commissioners’ meetings the silence was deafening! If your property taxes are too high and if you don’t speak out at the public government hearings, then you lose your right to complain.  Instead, just step up to the window and pay the nice lady what you owe without one complaint! Since 2006, Kim and I have... Read More >>

Ringing Out 2016 in QuickBooks
By Karen Bershad

2017 is here. Now’s the time to do your end-of-year QuickBooks tasks. Since early January of this year, you’ve been faithfully creating new records, entering transactions, and recording payments. You’ve run basic reports. You’ve done your collection duties. You may have paid employees and submitted payroll taxes. Now the end of the year is rapidly approaching. In the midst of holiday get-togethers, gift shopping, and perhaps preparing for travel, you probably have a list of work tasks that must be completed by December 31. Is your annual QuickBooks wrap-up on that list? It should be. Here are some of the... Read More >>

The recent series of wildfires here in our own Smokey Mountain region of North Carolina and Tennessee has been devastating. The fires around Gatlinburg, Tennessee late last month resulted in at least 2,460 structures that were damaged or destroyed, and the death toll has reached at least seven. Lots of people have lost their homes and businesses – and surely many of them were uninsured for wildfire damage, or will find that they were woefully underinsured. The real estate investment community, including real estate IRA owners, can and should be active in this environment. By offering a fair price for... Read More >>

Talent vs. Skill
By Tony Pearl

Quick question for you: Are you talented? Or do you have skills? THAT is the question of the day. And before you answer that, let me define what they each mean, because it’s vitally important to know the difference between the two. :) Then after we define the difference, we’re going to help you leverage one in order to maximize the other so that you’ll be able to get whatever you want with minimal effort.  Sound good? Let’s get started... What is TALENT? Simply put, it’s what you’re born with. Your God-given gifts. Your natural tools. For example, the ability... Read More >>